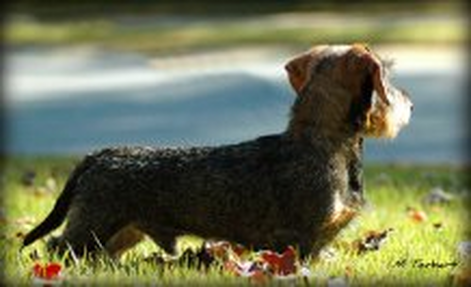 **********
Bo is co-owned with Janet Fowler and lives in Tallahassee, FL.  He has finished his AKC championship and is now available at stud to approved bitches.  Janet will now be looking to have some fun at tracking, field trials and barn hunt.

Bo's New Champion picture!  Thank you to Janet and to Tara Hartman for showing and finishing this beautiful boy.  Job well done by all! 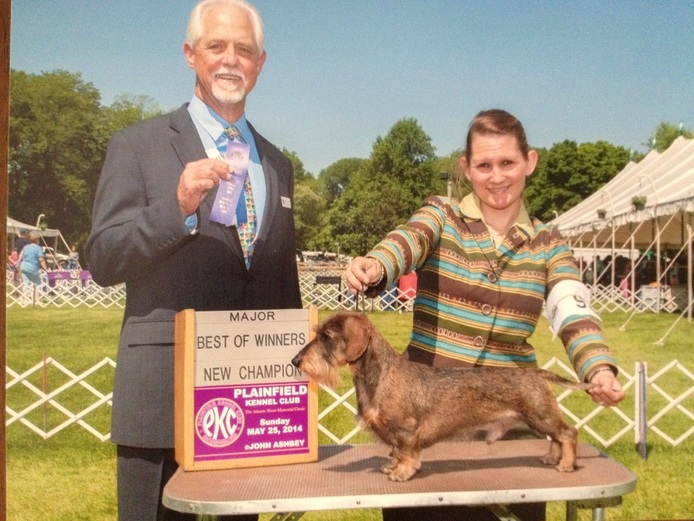